A new exhibition at South Wales based Ffotogallery looks at the work of Humphrey Jennings, the English documentary film maker during the 1940s. The exhibition focuses on his 1943 propaganda film The Silent Village, set in Wales but based on Nazi atrocities in Czechoslovakia.

Humphrey Jennings has often been edited out of analytical cinematic theory, yet his influence should be appreciated as a critical figure in British war-time film making. He was called not only a film maker, but “a poet, a painter, an intellectual and an anthropologist”.

After graduating from Cambridge University with a double First in English, Jennings worked as a painter, photographer and theatre designer. In 1940 he joined the GPO Film Unit, which became the propaganda film branch of the Ministry for Information. Jennings’ films may remain in shadows of appreciation, but their importance to British cinema are paramount. Listen to Britain is often regarded as one of the best British films ever made. However, The Silent Village is perhaps one of his most powerful works.

In the Czechoslovakian mining village of Lidice, on June 10th 1942, 340 villagers were murdered by the Nazis. It was a shocking massacre of human life, either by firing range or suffering the horrors of the gas chambers. The barbaric act sent waves of anger and sympathy across the western world. Just days after Lidice, the Ministry of Information and Jennings set to work on a propaganda film based on the events, only set in the South Wales mining village of Cwmgiedd near Ystradgynlais. Using real villagers of the South Wales community, the miners felt a strong connection to their Czech counterparts.

The drama-documentary film is almost underplayed. Jennings does not use violence or action, which makes it all the more effective. We are shown Nazis taking control of the Welsh village. There’s a clever montage of shots – particularly of the small details – which emphasise the lives of the people, the reality. This is then alongside images and audio (one of Jennings’ technical strengths) of menacing messages to the villagers. The Welsh language is banned; the songs, are forbidden. Slowly, the oppression and fear creeps towards the front; the menace and threat seeps through the threads of mundanity to almost an inevitable horrifying conclusion. The line of innocent children, holding hands, being lead off towards a terrifying fate is one of the most potent scenes in British cinema. Jennings ends the film with the singing of the Welsh National Anthem, sung stoically. It is this British spirit that is captured so triumphantly and sensitively by the director.

That Jennings tragically died so young – in an accident in Greece in 1950 – arguably robbed British cinema of one of its finest ever talents. Like the lives of the people Jennings set out to portray in his films, Jennings himself is remembered in these very works. The poignant drama-documentary film The Silent Village is not only a cinematic tribute to the tragedy in Czechoslovakia, but also a lesson in how propaganda media is still important to study now, for it documents the past, illustrates what we could have lost; a reminder to us all of how these atrocities could easily occur close to home, to anyone of us, wherever we are. 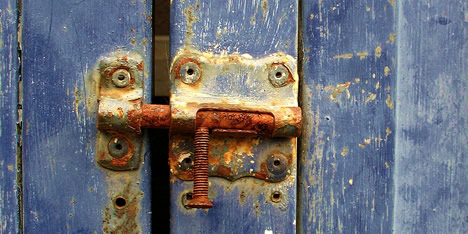 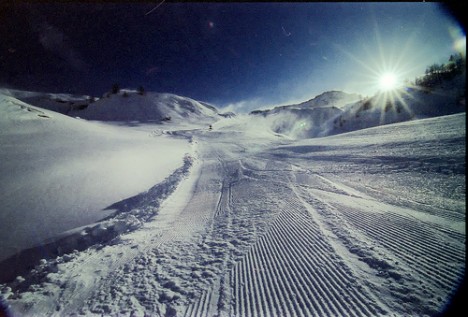 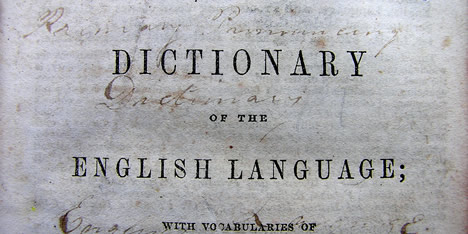 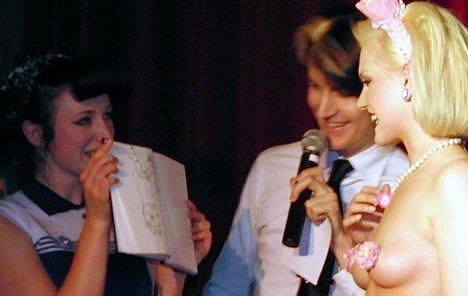 We often find the naked form sexy, and sometimes humorous; and yet, most life-drawing classes expect us to act unnaturally serious and professional. Luckily, Dr Sketchy was founded in 2005 by Molly Crabapple as an “anti-art school”, to cure us of our coyness.

The three-hour mix of burlesque, cabaret, life-drawing and competitions has been such a success that they now hold events in over 80 cities worldwide; the photo above comes from the London branch, which can also be found on Twitter.

We’ll leave you with their description of a Dr Sketchy evening:

We find the most beautiful burlesque dancers, the most bizarre circus freaks, and the most rippling hunks of man. Then, every other Saturday, we let you draw them for three hours. Interspersed with posing are comedy skits and ridiculous drawing contests (best left handed drawing? Best incorporation of a woodland animal?) where you can win booze or prizes.