Industrialisation is a ‘process of ubiquitous rationalisation‘. Which is to say: it’s our response to things too big for our minds to grasp.

This was Henry Ford’s genius – a total disregard for reality, sensibility or reason. If you had a plan to build a car for everyone before roads, gas stations and, crucially, a middle class rich enough to pay for them, a little unreason would come in handy. His plant, The Rouge was, at one time, “easily the greatest industrial domain in the world.” George Bernard Shaw’s description of unreasonable men is entirely apt.

More than just mass-production, industrialisation is a state of mind. Ford’s led him to found Fordlândia, a pre-fabricated town built in the Amazon to supply his American factories with rubber. Fordlândia was a fiasco. Workers revolted. Plants succumbed to disease and pests.

But the more it failed, the more Ford justified the project in idealistic terms. “It increasingly was justified as a work of civilization, or as a sociological experiment,” One newspaper article even reported that Ford’s intent wasn’t just to cultivate rubber, but to cultivate workers and human beings.”

From: Fordlandia: The Failure Of Ford’s Jungle Utopia / US National Public Radio

These days, Fordlândia is another fable of our Taylorised minds with Ford cast in a role half James Bond villain and half Piggy from Lord of the Flies (although the arch-industrialist never visited, preferring to send in management consultants).

But industrialisation’s not always the bad guy. Atul Gawande describes the rise in popularity (30% and rising) of the Caesarian section in The Score. C-sections might seem a trickier, riskier proposition than their forerunner, the forceps delivery. But it’s relatively easy to teach an obstetrician how to perform them and they have a predicatable rate of success. Unlike the forceps method:

Just putting the forceps on a baby’s head is tricky. You have to choose the right one for the shape of the mother’s pelvis and the size of the child’s head—and there are at least half a dozen types of forceps. You have to slide the blades symmetrically along the sides, travelling exactly in the space between the ears and the eyes and over the cheekbones. “For most residents, it took two or three years of training to get this consistently right . . . Some residents had a real feel for it, others didn’t.

Forceps delivery is more of an ‘artisanal skill’ or, to put it another way, a craft.

Medical professionals had to make a choice – was obstetrics a craft, or an industry? Although some studies showed forceps deliveries to be often a better option, the rise of the C-section was a choice based on a specific trade-off between reliability and the ‘possibility of occasional perfection’. In medicine, a desire for perfection is as excessive as anything at The Rouge or Fordlândia. Childbirth has been industrialised.

Industrialisation starts off with these trade-offs (and other rationalisations) and progresses through a process of bootstrapping. Factories make tools, which you can, in turn, use to build better factories. Sooner or later, you end up with robots building robots. Industry refines itself. The jarring results of the trade-offs don’t disappear, but they do fade into the background. Fordlândia today is charming.

Clay Shirky has said, “Tools don’t get socially interesting until they get technologically boring.” Leonard Read explored this in his seminal 1958 essay, I, Pencil“:

I, Pencil, simple though I appear to be, merit your wonder and awe, a claim I shall attempt to prove. In fact, if you can understand me—no, that’s too much to ask of anyone—if you can become aware of the miraculousness which I symbolize, you can help save the freedom mankind is so unhappily losing. I have a profound lesson to teach. And I can teach this lesson better than can an automobile or an airplane or a mechanical dishwasher because—well, because I am seemingly so simple.

He goes on to explain ‘not a single person on the face of this earth’ knows how to make one, even though one and a half billion of them were made a year for kids, engineers and craftspeople. Kevin Kelly makes a similar point about webpages when he points out that they contain 100,000 inventions. Industrialisation is technologically boring.

At its core, it’s a failure to deal with reality. Ford, grappling with an out-sized vision of the future, built an organisation too big to comprehend. His version needed industrial-sized solutions, the intrinsically pathological constructs of the modernist corporation. Industrialisation 2.0 is failing to deal with reality in a different way.

There should be no way that a service company could have over 3 million customers with less than twenty employees. After a certain size, problems inevitably become industrial – when you reach the end-of-the-edge-case scale. But, evidently, industrial-sized solutions aren’t path-dependent. These are the first sub-Dunbar multi-national corporations.

When asked to make a choice between craft or industry, they’ve chosen both. Today’s unreasonable people are craftier.

[Images: Fordlandia, then is from a blog which most readers of The Januarist will enjoy – Iconic Photos. Fordlandia, today is from Wikimedia.] 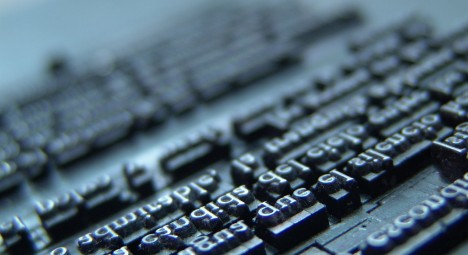 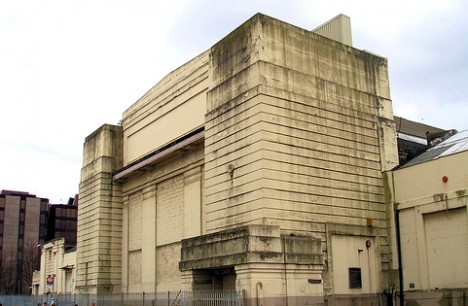