Spiral staircases were a clever defence in medieval castles. They were almost always built with the spiral in the same direction (clockwise, when looking up from the bottom) so that the defending swordsman, who would either be coming down the stairs or backing up in reverse, could freely swing his sword. Conversely, the attacking swordsman (ascending the stairs) would have his swing blocked by the wall.

This, of course, assumed that both attacker an defender were right-handed, which most were.

ascending standard spiral staircases was also not blocked by the wall.

The warlike Clan Kerr trained to use their weapons with their left hands. Scottish Poet James Hogg (1770-1835) wrote, in The Raid of the Kerrs:

and Walter Laidlaw wrote, in The Reprisal:

Legend has it that, to allow them to more easily defend Ferniehirst Castle – seat of the Clan Kerr – the staircase was built spiralling in the other direction (see illustration above, with left-handed Kerr shown with ginger hair).

Is this true? Certainly, the castle does feature a reverse spiral staircase, but a 1993 study found no increased incidence of left-handedness in Kerrs.

Personally, I don’t Kerr whether it’s true or not – it’s a great story. 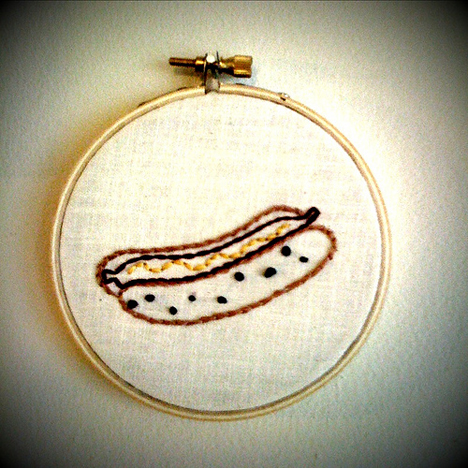 where can i buy cialis online

Food competitions are a big deal in America. Today at the annual Coney Island hotdog eating competition, high jinx ensued as previous champion Takeru Kobayashi was arrested after taking the stage in protest after Joey “Jaws” Chestnut was awarded the top prize. Kobayashi wasn’t allowed to compete because he refused to sign an exclusivity contract with Major League Eating, the organisation responsible for the event. With all this brouhaha, we thought we’d do some hard hitting journalism and give you some facts about eating for sport:

In a 2007 piece for the Huffington Post, actor Ryan Reynolds summed up competitive eating aptly: “we are ALL bound together by the vibrant spirit of competition and grotesque displays of boundless, unapologetic shitheadery.”

In the above video, 75% of the people tested failed to notice that the person they were talking to was swapped with a different person during their conversation. In a similar experiment conducted by Derren Brown, about 50% of people failed to notice that a person asking them for directions was

swapped-out during their interaction. This phenomenon is referred to as Change Blindess or Inattentional Blindness – our inability to detect large changes in a scene.

We also experience some form of ‘blindness’ on a very small scale. Our brain performs something called Saccadic Masking during certain types of fast eye movements (saccades), where our vision is massively impaired during the movement, but our brain uses before and after snapshots to hide the fact that we were unable to clearly see during the movement – in effect, it is hiding the useless blurred image of movement from us.

You can see this in action with a simple experiment. Grab a friend and a mirror. Look into the mirror, and stare at one eye, then switch to the other, then back again. You won’t be able to see your eye movement (your brain is masking it), but your friend will.

For more information, check out Hack #17, Glimpse the Gaps in Your Vision (pdf) from O’Reilly’s excellent Mind Hacks book. 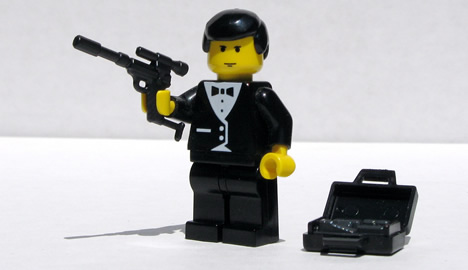 In no particular order:

ly published on his site once a week. Funny, sad and a bit nostalgic, McFadzean’s best work is like Peanuts for a new generation. Notable strips: Post Apocalyptic Puppy and anything featuring Dakota himself. 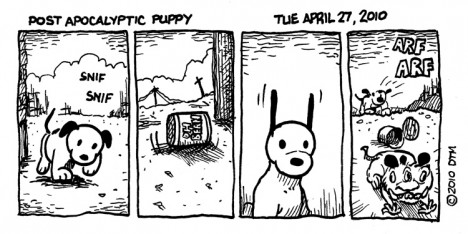 A Softer World: Written and photographed by Emily Horne and Joey Comeau, it’s a unique take on the genre using photos instead of illustrations. Offering a social commentary on the most mundane of experiences, it is sad, weird and often laugh-out-loud funny.

XKCD: Simple drawings, complex ideas; “a web comic of romance, sarcasm, math and language.” The guy who writes and illustrates these self-describes as a graduate with a degree in physics whose previous experience includes working on robots at NASA’s Langley Research Center in Virginia. This strip was nominated by Dan Zambonini. 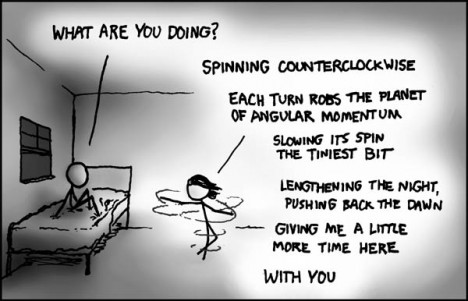 Beatonna: Excellent collection of mainly historically-based comics with a particular interest in the crazy Victorians. Written by Kate Beaton (whose personal website seems to be down at the moment) and nominated by Dave Joyner.

Garfield Minus Garfield: Nothing else to say really.

Do you have favourite online