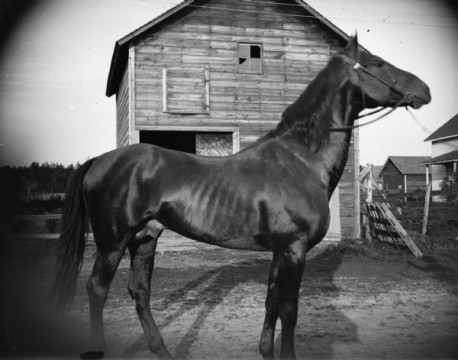 When I was in my early twenties, an older friend leant me a book called Wisconsin Death Trip.  That particular copy was falling apart – the pages shuffled awkwardly against the spine – and seemed as old as its subject matter: a series of photographs taken between 1890-1910 by Charles Van Schaik, an American who learned photography after moving to Jackson County and thereafter spent fifty-seven years capturing small-town life in Black River Falls.

It sounds fairly dry, but the majority of the book concentrates on images of the deceased, which for some reason the good citizens of Black River Falls saw fit to dress and pose as though they were still alive.

The very idea sends chills down my spine, though the photos strike a peculiar balance between the macabre and the truly tragic (especially the portraits of young infants) which keeps you flipping through. 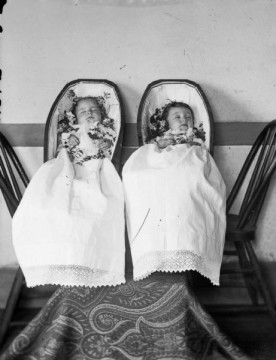 To add another note of disconcertion to an already eerie discovery, the town that Van Schaik was in the midst of documenting was plagued by disease, madness, suicide, murder, addictions, business and farm failure, and an overall despair stemming from harsh living conditions – all of which seems to infiltrate even relatively innocent portraits.

The book itself, which was written in 1973 by Michael Lesy, has since been adapted into a film, which speaks volumes about the extensive resonance of this beautiful, ghostly text.