Details of the Apple Tablet will be released this week. A quick Google Patent search throws up a number of predecessors, though hopefully Apple’s attempt will be more portable than the 1964 version (left), and more stylish than IBM’s early 90s tablets (middle and right). 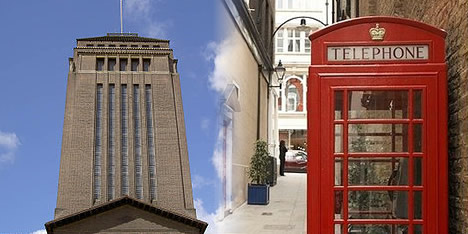 Ironically, of all these cavernous structures, his most visited design only houses one person at a time: the classic British red telephone box.

In 1924, a competition was held to re-design the concrete K1 telephone box, which many London boroughs had refused to install. Scott won the competition (against two other architects), though the Post Office chose the distinctive red colour over his suggestion of silver.

Today, most of these ‘K2’ telephone boxes have been designated Grade II listed building status. 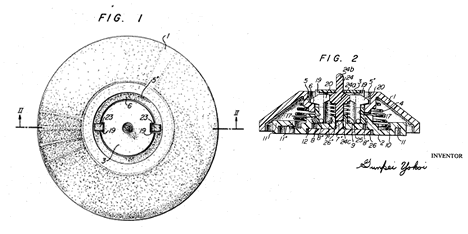 Gunpei Yokoi was a genius. Having joined Nintendo in 1965, he went on to create the Game & Watch handheld games, the Game Boy, and produced a large number of successful Nintendo games.

Yet the modern family-friendly image of Nintendo – who are reluctant to feature violence in any games for their systems – seems a long way from one of Gunpei’s early patents under Nintendo: the Nintendo Land Mine Toy.

Considering this was filed in 1969, when the number of US soldiers in Vietnam during the Vietnam War peaked at over half a million, it seems a little crude and insensitive by today’s standards, especially it’s juxtaposition with other innocent toys:

The toy was recently quoted in a patent application for a “Anti-personnel device for war gaming exercises“. It seems now, as then, the simulation of the horrors of war is in demand. 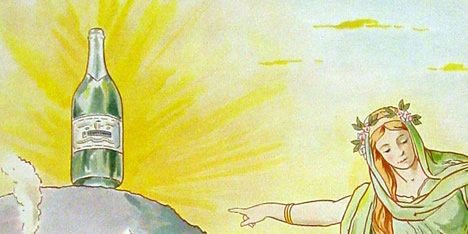 Many urban myths surround Absinthe; most commonly that it is banned in so-and-so country. In fact, although Absinthe has a notorious history of bans, it is now legal to sell in most countries. There are a few notable exceptions, including Ireland, where it is however legal to import for personal use.

Although there are still limits on the quantities of alcohol or thujone (a chemical produced by wormwood) in many countries, most outright bans have been repealed. Notable bans from the past include:

Unlike other spirits (or liqueurs), it has no legal definition in most countries, which means you can sell pretty much anything and call it Absinthe… except, unusually, in France, where you can’t sell anything with the name Absinthe, though you can sell the drink itself under any other name.

Although absinthe was banned at the time, a book of ‘celebrity cocktail recipes’ was published in the US in 1935 (“So red the nose, or Breath in the afternoon“), which included Hemingway’s rather dangerous concoction of absinthe and champagne. As if that wasn’t dangerous enough, he concludes his recipe with: “Drink 3 to 5 of these slowly“. 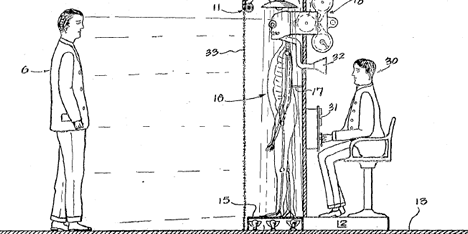 The Apparatus For Obtaining Criminal Confessions And Photographically Recording Them patent, from 1927, is genius. Put a skeleton in a false wall with blinking bulbs for eyes, and the convict will reveal all!